HaveYour Cake and Eat it Too! 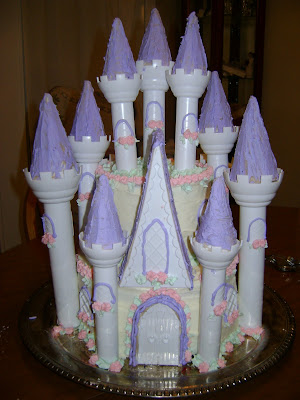 Here's Miss Kate's cake. When I was growing up, my mom always made our cakes, and they were beautiful. I have to admit, this was a bigger project than those cakes my mom made for us, but it was so worth it to see how excited she was when she saw it! Thanks to my mom who taught me how to make cakes--I'm sure my girls will have you to thank for years of yummy, pretty cakes!
Posted by Kristy at 1:32:00 PM No comments: 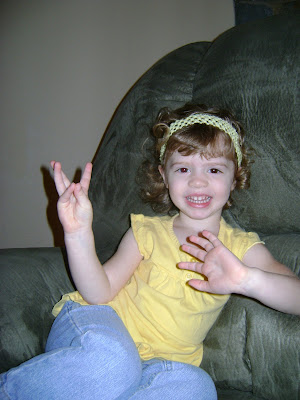 I can't believe that she's THREE!

In the past year she's grown and changed so much. She can say her entire alphabet, count to twenty, and recite The LORD's Prayer. She is starting to peddle the trike we got her last year. She is a backseat driver--she knows what the traffic lights mean (I sure didn't at two). She is potty trained (YIPPEE!). She became a big sister and Mama's little helper. She goes from being rough and tumble to a princess in a matter of seconds. She's my girl, and I love her.
Posted by Kristy at 1:26:00 PM No comments:

The story of Kate (part II)

How fast time has passed. Three years ago today my labor with Kate started. Nope, today’s not her birthday. Tomorrow isn’t either. Okay, so time didn’t pass that quickly then, but it has since!

I was teaching classes when the contractions started. That was pretty standard. They had been a fairly frequent visitor for weeks now, but the difference was that day they didn’t stop after a few hours or a lot of extra water. At the end of the day, after we got the students onto their busses, one of my assistants asked if I had had a lot of contractions that day. I laughed and got the paper from my desk with all the times I’d been jotting down all day—nearly a hundred of them. The poor football player who was our peer tutor nearly passed out. The poor kid was always afraid I was going to have the baby right there and he was going to be called upon to help, no matter how many times we promised he wouldn’t.

The contractions continued into the evening, usually running about five minutes apart. We put the hospital bags put in the hall expecting to get up in the middle of the night. The next morning came, and though I hadn’t slept very much, we were still home and the contractions still didn’t warrant a trip to the hospital. We went to a pancake breakfast as a fundraiser for my school.

Then we went home to start the bathroom vent Justin had planned to put in that weekend. Justin rented an extension ladder, by the time he got home the contractions were closer and harder. I told him to go ahead and start working. It would be hours I was sure. Then he needed my help to steady the ladder. I would wait for a contraction to end and then I would steady the ladder as he climbed up. I’m not quite sure how we managed it, but we got the vent in and he returned the ladder. The contractions spread back out to about seven minutes apart.

We went to eat spicy Mexican food. Surely tonight we thought as we climbed into bed again. Another sleepless night and we were up again. We decided not to go to church for fear my water would break in the middle of the service. We went for a long walk. The contractions grew harder and faster, but again they slowed when we got home.

Finally that evening, the contractions stayed close together even as I rested. They were also stronger than they had been during rest before. We finally made the trip to the hospital.

My labor was long and petocin augmented, but finally ended with a beautiful, healthy baby girl. I decided my labor must have been especially difficult when the nurses, who weren’t mine, came to congratulate me on making it without an epidural. Kate was “sunny side up,” which is what caused all the delay, but she was worth waiting for.
Posted by Kristy at 3:05:00 PM No comments:

The story of Kate (part I)

About four years ago Justin and I started the adoption process. We filed the paperwork with our agency and began to complete the steps to bring a child into the U.S. from Guatemala. It required passports and paperwork with the government.

In January were set to have our home study, but then it began to snow. The social worker called and asked to postpone it. I was so sad. I wanted to hold a baby in my arms and this was still another set back to that. We rescheduled for a week later, hoping for better weather.

The following Tuesday morning, I’m not even sure why I did it, I took a pregnancy test. For the first time, it was positive. I was so excited, my head was spinning. I rushed to get myself ready for work, so I could wake Justin and tell him our news. Then he wouldn’t wake up. He didn’t budge. It was getting late and I had to get to school.

I was standing in the copy room, when Justin’s best friend Joel came through. He asked how the adoption was going. I can NOT tell a lie to save my life, so I looked around and saw we were alone and spilled the beans, and the fact that Justin had no idea! I told my dear friend Margie that day too. How I kept it from everyone else that day I’m not quite sure, but I did.

Justin got home that evening and was heading upstairs to work on the remodeling we were doing. I kept trying to get him to sit down in the kitchen to talk, but he insisted he had to get a few things finished before the home study. Finally, he sat down. I gave him the news. He was completely shocked. We called our parents to share the news with them.

The next morning I sat the girls in my room down and asked if we could switch our coffee to de-caf. One of them asked why and I said because all the caffeine isn’t go for the baby. The screams of joy and excitement were heard down the hall, though no one knew what they were about, at least not yet.

Kate came as a surprise, a shock, and a joy all at once…and that was before we even met her. It has not changed since! 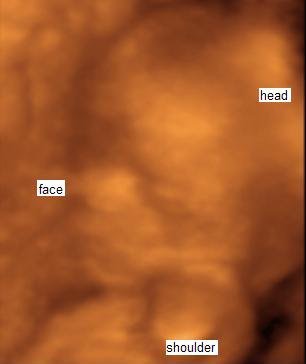 While Kate was playing horsey with her Daddy, who fell over:
Who’d you call, Kate?

I had to call someone to help the horsey.

Daddy told me what to do. 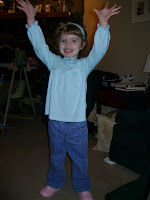 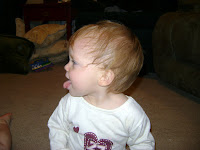 People ask me what age I think that my girls are the most fun. I always struggle with that. From the time Kate was a three months old and I went to work for awhile people were asking that and, “What she was doing now?” The lady that was in charge of the day care she was in, down the hall from my classroom (awesome arrangement by the way), said she really liked the way I handled each phase of development. I didn’t push her forward and I didn’t hold her back. I guess that’s because for the most part my favorite stage is now. That’s where I can enjoy it, why wish for what was or dream about a tomorrow that my kiddos may not be able to live up to or that could be more wonderful than I can imagine?

Sure Kate didn’t walk until she was nearly a year and a half old, but before that she was saying fifty words. That was her and I wasn’t worried. Gabby doesn’t talk as much, though who could with Kate around, but she may walk a little sooner (or later). I try to take each day as it comes and be thankful for these beautiful, wonderful girls that God has placed in my care.

Besides, right now gives me these pictures!
Posted by Kristy at 7:45:00 AM No comments:

It's amazing how much my life has come to revolve around this little contraption. Last weekend Justin installed a new update on our computer, when we didn't like it he tried to do system restore. Evidently that's a big no-no when you've done an update. Our poor computer can't even load Windows. Oops.

Luckily there is a service at the university that will fix it for free. The only problem is we thought it would be a day or two, but now I've been out of a computer for several days and we got a promise of next Tuesday. I think I probably could have fixed the problem by then, but alas, it's out of my hands (literally) now.

I can't tell you how many times a day I start to head over to the desk to check my email, the weather, or just to use it as a reference for something. Thankfully Justin has this laptop for school and I can use it in the evenings. For that I am very thankful.

Until then I'll have to grab my computer time when I can, and be grateful for that.
Posted by Kristy at 7:37:00 PM No comments: