Happy Halloween!  My kiddos have been asking to have a Harry Potter party for month and months.  We opted to make it in October as a sort of birthday party/Halloween party for all three of the big kids.

Last Saturday was the day!  I wish I had a ton of pictures, but I was so busy that I only got a couple.

We began with the sorting--each child drew a colored stone from a witches hat for the sorting.  We only had two houses: Ravenclaw and Hufflepuff, since I thought everyone would want to be in Gryffindor and no one in Slytherin.  We had several younger children along, so we just called them blue and orange teams for them!

I used Mason jars with the same stones to keep track of house points as we played games.  The first class was transfiguration.  The kids each drew an animal to transfigure into (charades).  The smaller children had a separate set of clues with simple animals like dog and cat and a picture to help them know what they drew.  The older set had some common animals and some magical creatures mixed like a unicorn, hippogriff, and a dragon. (10 points for each correct guess)

Then we had charms class.  Each student had a wand (straw).  The house who was able to levitate their feather the longest won.  This class was very short.  Neither class lasted 5 seconds!  It we were to do it again, I think I would use a balloon instead. (50 points to the winner)

We had planned to have broom stick races outside as well.  The weather was good for it, but several of our guests seemed timid, so we opted to skip it.

Then we had one of my favorite parts of the party.  I had made a Marauder's Map, complete with the Latin words around all the rooms, and quite a few clues.  Some of the clues led you to pick something up (a dragon egg, Trevor the toad, and a phoenix feather), while others just led to the next clue.  The items earned you 10 points when they were turned in.  The goal though was to find the golden snitch.  The last clue gave its location in simple riddle.  It took the teams a little while to find it (I used a Ferraro Roche candy with yellow feathers hot glued to the wrapper).  (150 points to the finder)

Then came the feast.  I really wish I had snapped a picture of the table!  We had:
Professor Sprout's veggie tray
Snitch Cake (a ball cake with wings from a hanger and netting)
Pumpkin Pasties
Chocolate Frogs (I used a mold)
Bertie Bott's Every Flavor Beans (Jelly Bellies)
Olivander's Wands (pretzel rods)
Miniature Baskalisks (gummie worms)
Polyjuice potion (a mix of pistachio pudding, cool whip, pineapple, and marshmallows)
Viritaserum (water)
and Butterbeer (easy and dairy free for a friend, aside from the cream on top)

I also made wands from dowel rods.  I used a glue gun to fashion handles.  Then we painted the wands black and the handles silver.  They were all somewhat different that way.

Lastly, I made a huge Daily Prophet as a photo back drop.  I had headlines cut out that the kids could choose to have pictures with.  We didn't get a lot of pictures there, but there were a few! 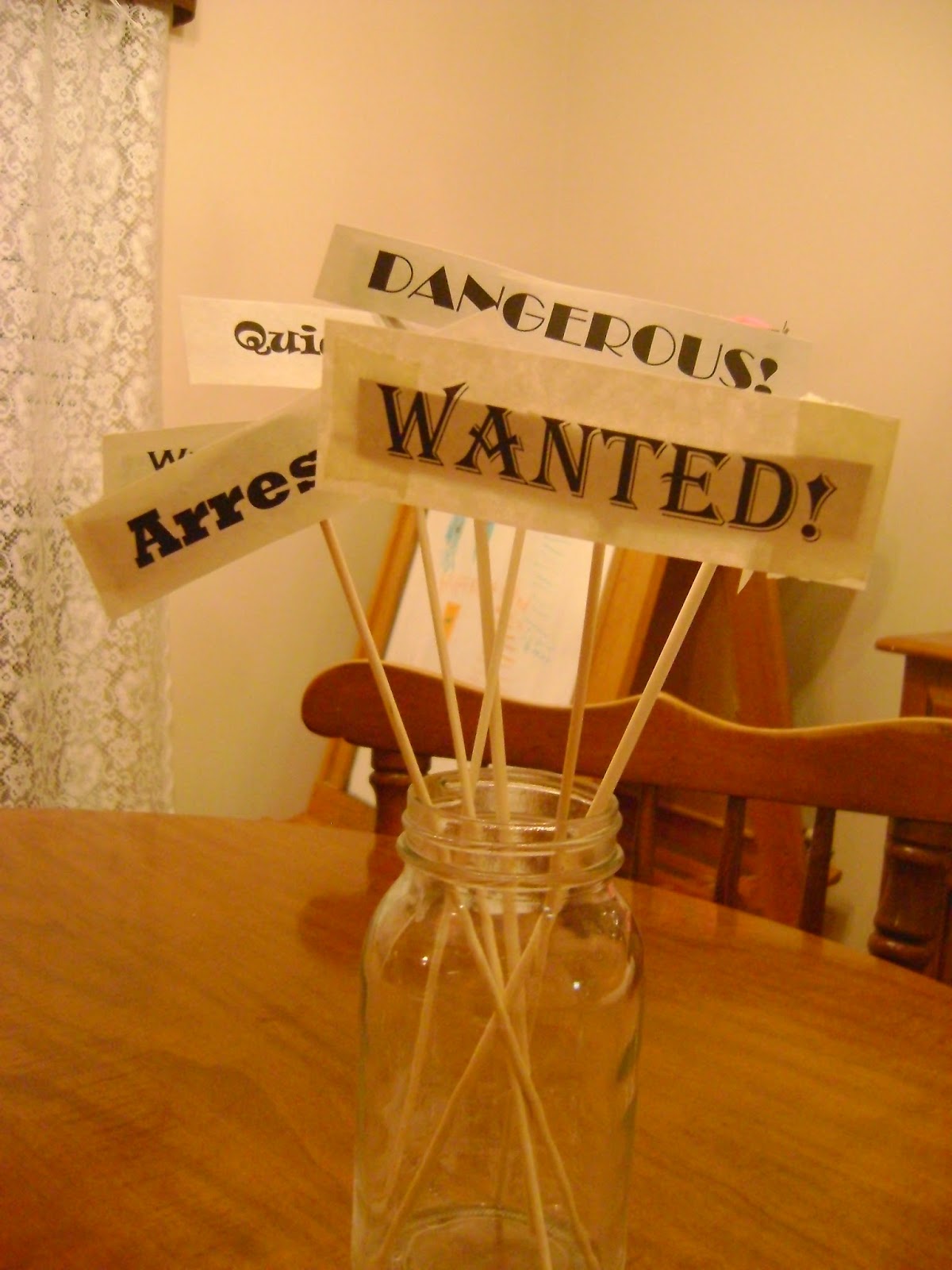 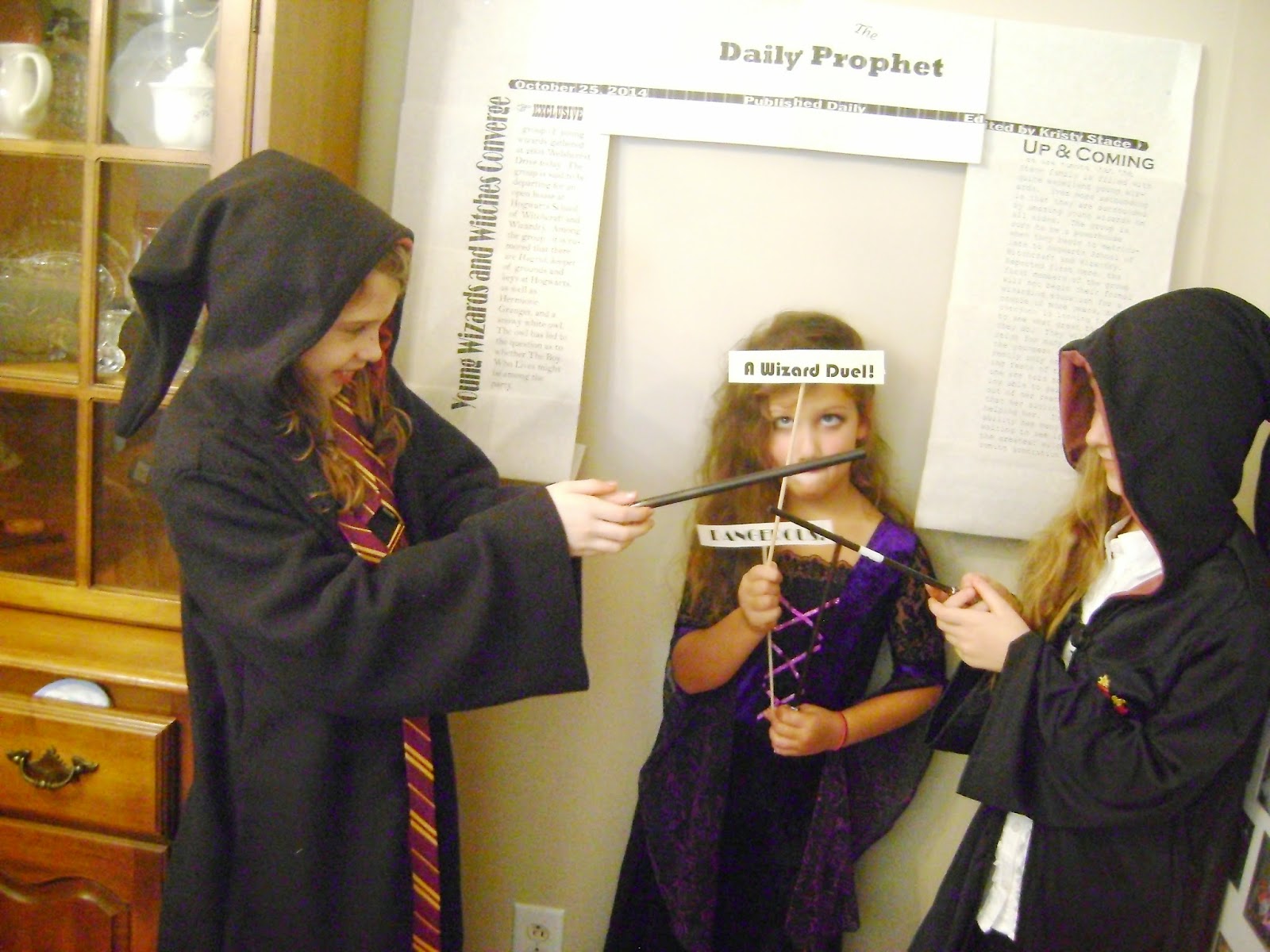 I know as a Mama there are going to be interruptions to sleep.  After a couple of weeks of a stomach bug making its rounds though, I was so glad it was gone, so I could finally sleep...

Then a smoke detector went off randomly at 1:40 in the morning.  On the second beep I was in the hall with the baby in my arms, Nate following me, and Kate had gotten up on her own.  Justin went to get Gabby.  It was pouring rain, so we had the kids stand at the front door without actually going out into the rain.  We've had trouble with our garage smoke detector a few times lately--mostly when there was saw dust in the air.  It turned out that our garage door didn't close when the button was pushed because of a piece of paper blocking the safety sensor.  The rain interfered with the detector that night.  Whew.  I couldn't believe it, but the baby girl went right back to sleep, despite the odd interruption, loud noises, and bright lights.

Then we had a major thunderstorm.  The thunder was so continuous I got up to check the weather.  Kate joined me and so did Nate.

Often Nate will hang out in the hall in a sleeping bag until Ellie falls asleep, since she'll often fuss for attention from him, and they share a room.  This week when Justin went to move Nate, Ellie stirred, so we decided to let sleeping dogs Nates lie.  Unfortunately Nate talks in his sleep, a lot.  After being awoken several times, I got up and moved him to his bed.

Maybe some day these random things will cease and I'll actually sleep through the night every night for a week.  Maybe! 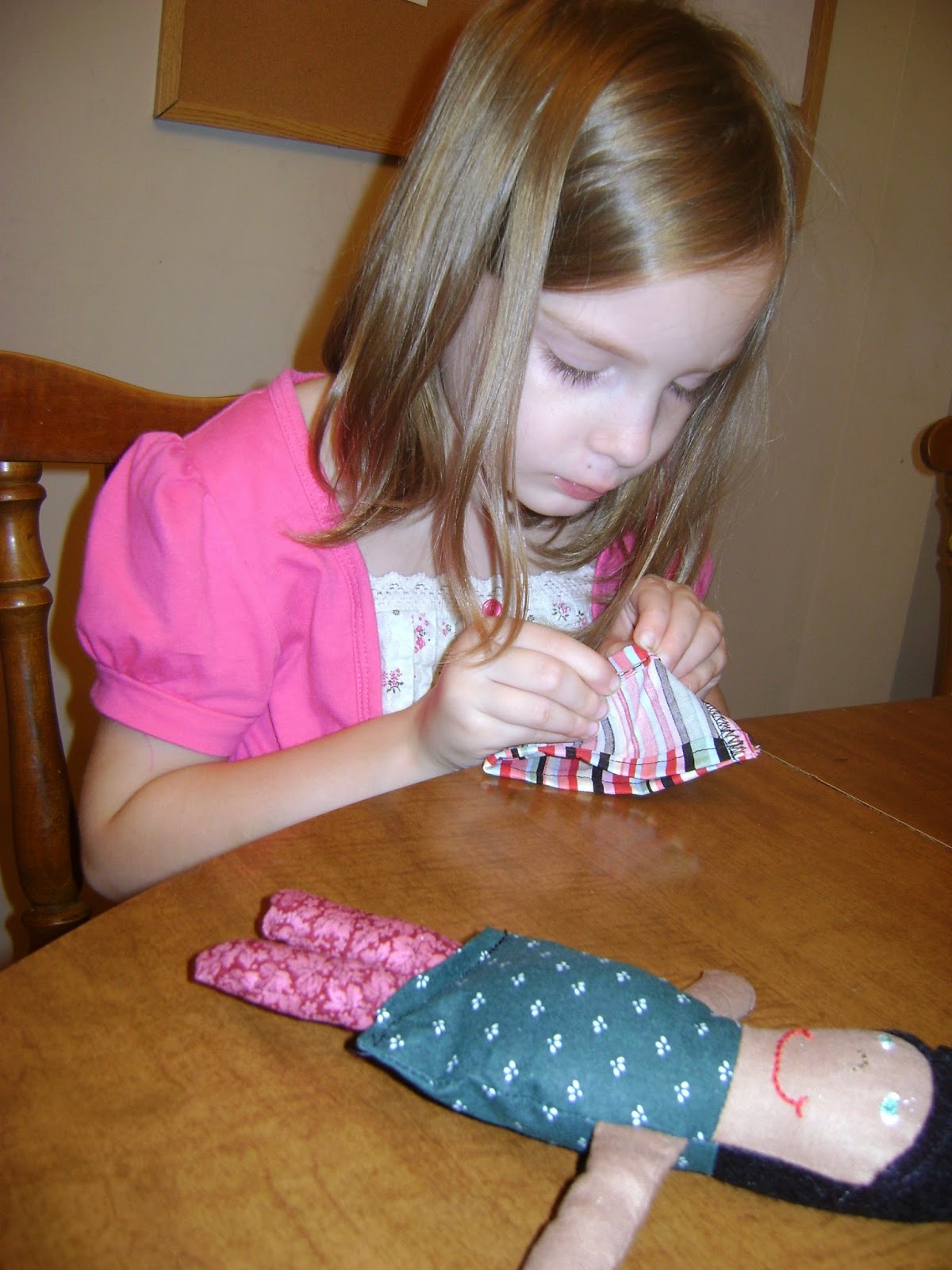 She has grown up so much, but somethings about her are the same as always. 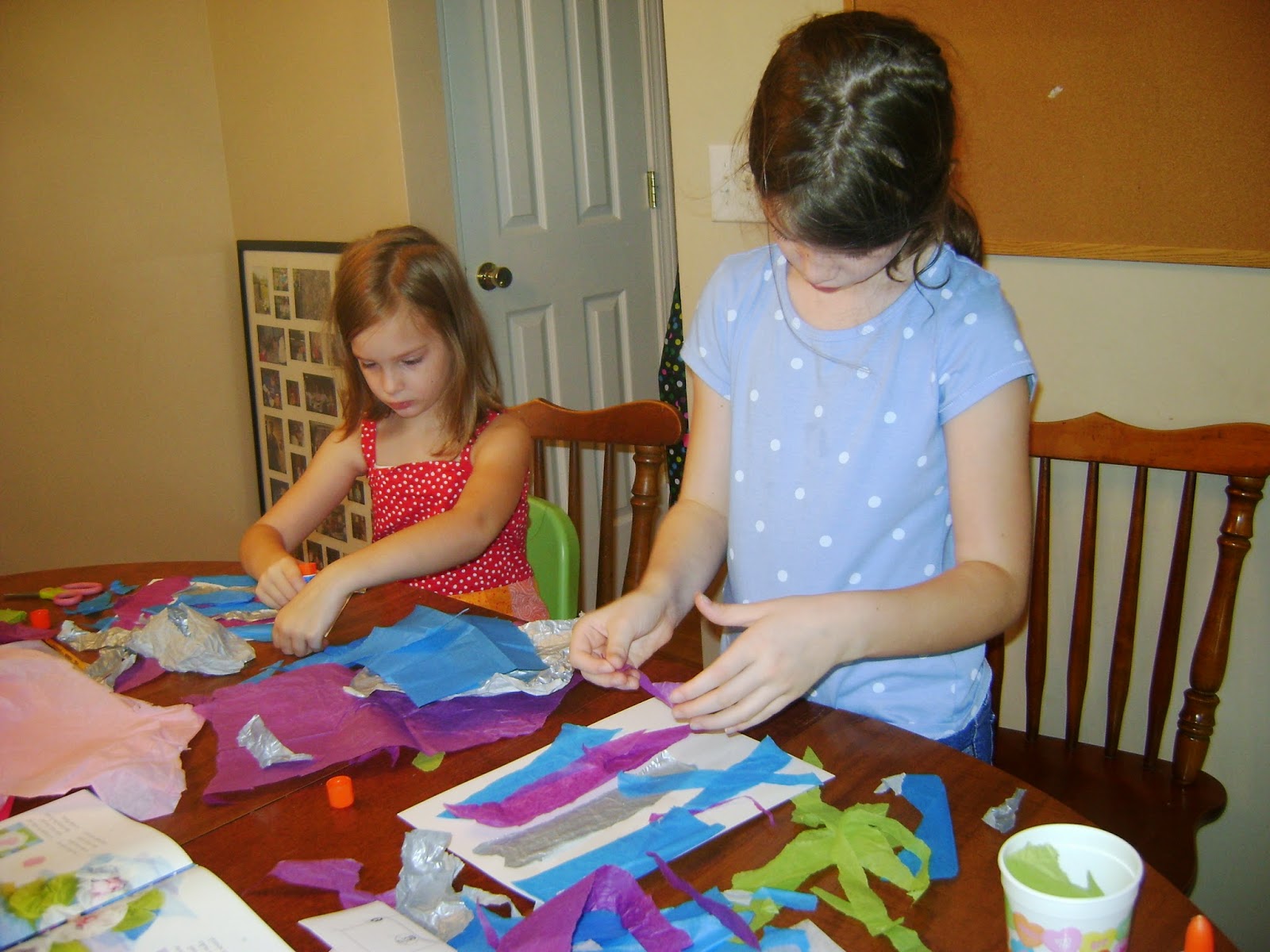 There are few pictures of her by herself, as she tends to shy from the camera if she doen't have Ellie with her. 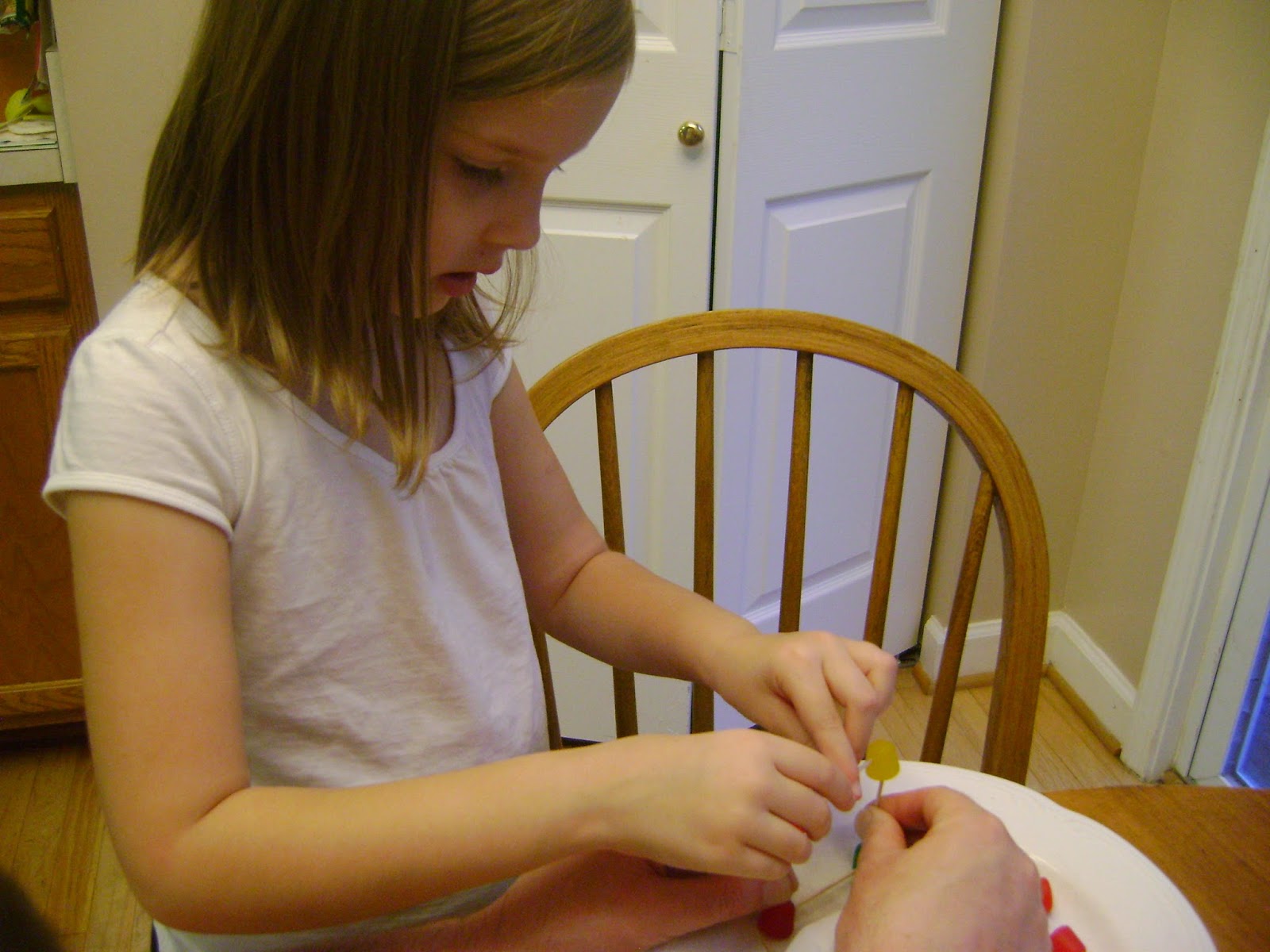 She has learned to read, quite well.  I worked with Kate daily for years...  Gabby I taught, but she's been on her own a bit more after that initial period, with more sporadic reading practice.  She still loves books!  She has a tenacity about her! 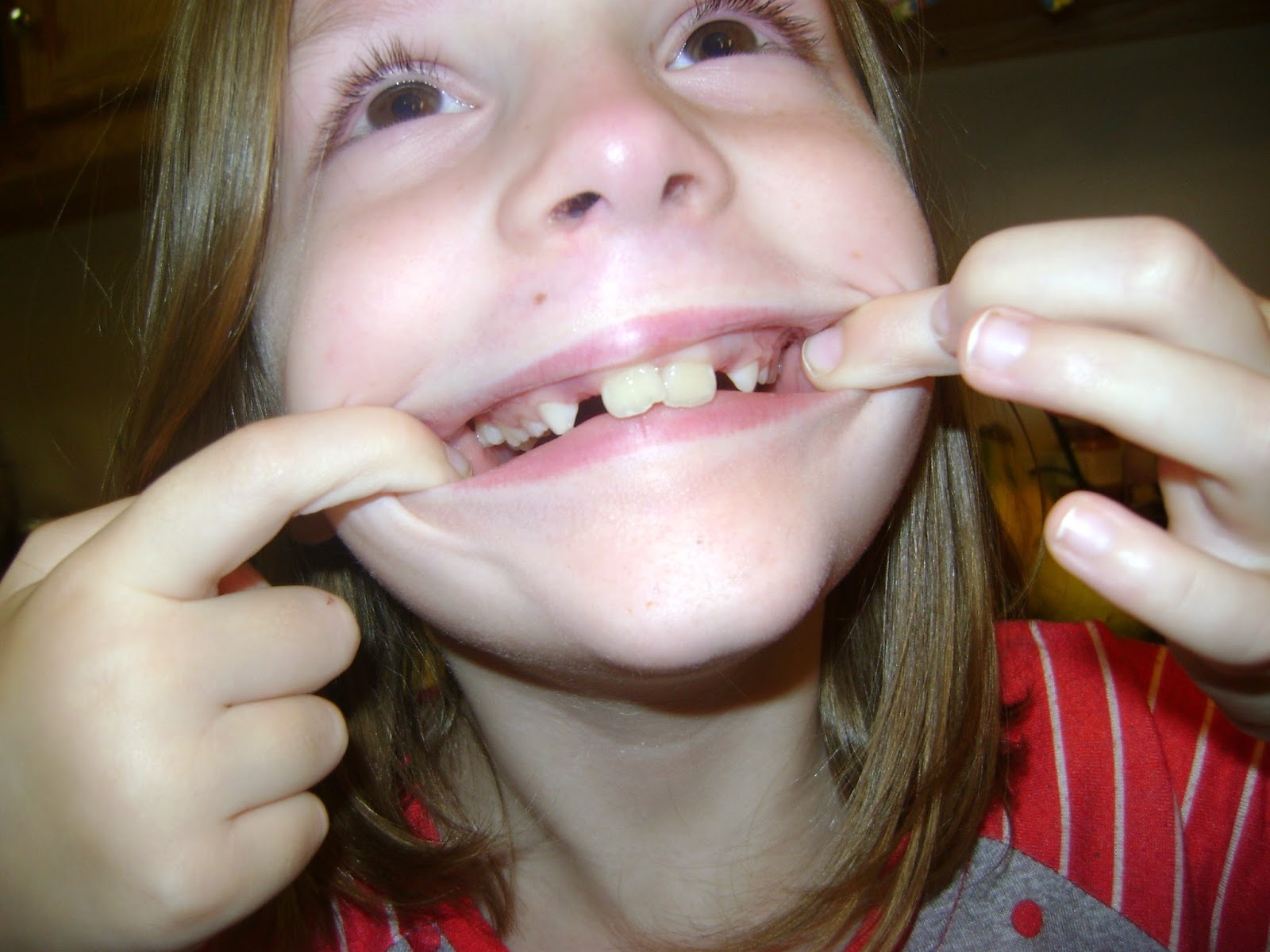 She is fun and funny. 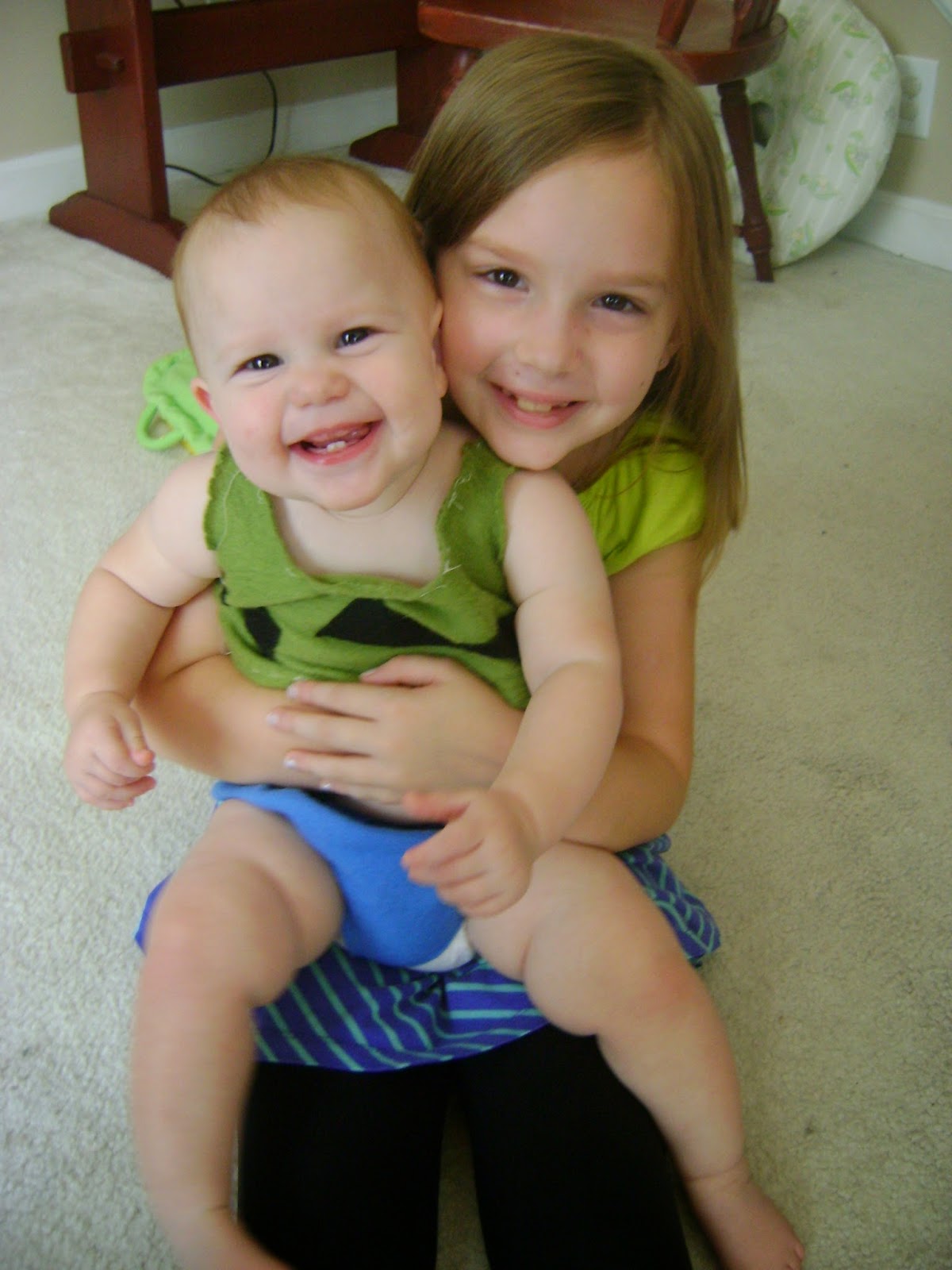 She is motherly and snuggly. 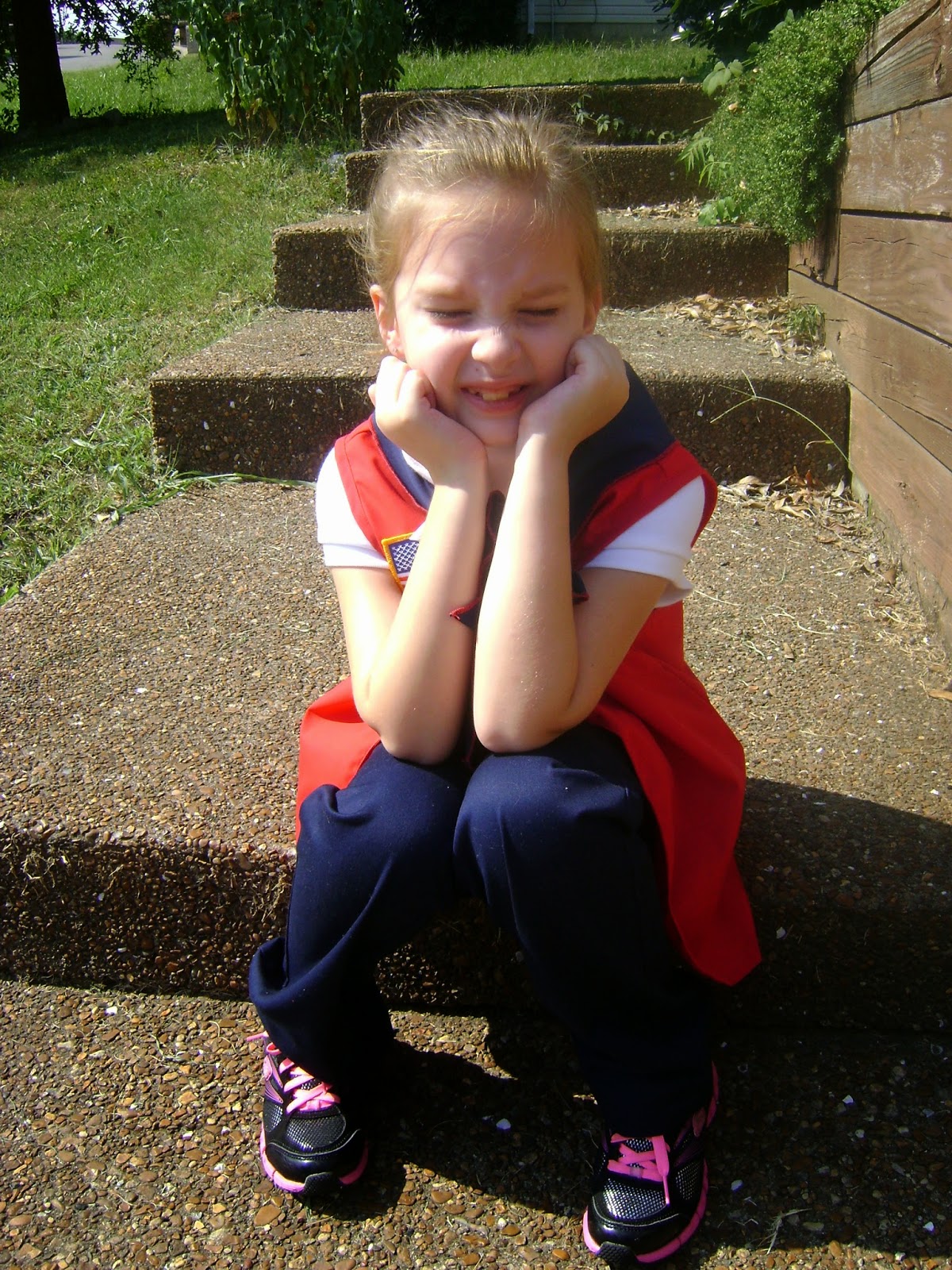 I love you Gabriella Georgia-Marie!

When Gabby's first teeth in the bottom became loose and wiggled out all on their own, I was delighted.  Kate has had to have several teeth pulled because her adult teeth came in behind the baby teeth, not cutting off the roots of those baby teeth.  I also had the same problem.  My rejoicing may have been a tad premature, because her second two adult teeth did come in behind her baby teeth.

Her dentist was concerned enough about her spacing issues to send us off to an orthodontist before he removed those baby teeth--thinking we may need to take out some adult teeth too.

Our trip to the orthodontist couldn't have been better.  They asked on the form what things she liked--and everyone read it before they talked with her.  They asked about her baby doll and really seemed to want to get to know her.  Since it is her birth month they baked her cookies.  They gave hugs and were just delightful. The orthodontist was encouraging.

After our visit, we had our plan to just remove the baby teeth.  We scheduled that with our regular dentist.  At this point, I must say how extremely thankful I am for pediatric dentists.   From the moment we mentioned the dentist helping her wiggle out those teeth, she has been excited about the tooth fairy, the dentist, and the tokens they give out at the end of the visit.  She was dragging Justin out of the house to go in the morning!

I was concerned that she might be less pleased when she came home, but there was no need to worry.  They are so good at keeping all the scary out of the kids' line of sight.  She never had any pain at all.

On a related note, I think Justin may stop telling me when he has fall or spring break...  Last fall break he took Kate for an extraction, spring break, he took me, and this time he took Gabby along with all the other work he did over the weekend fixing two leaky tub faucets and changing out his breaks.  He went back to work to get some rest this morning!

Me: So, what do you all guess is the thing I say the most?

Kate: I love you.

Hmm...maybe I need to rethink this whole 'no favorites' plan!